There has been a lot of recent attention on gender pay equity, the re-emergence of racism in western societies, and how youth mental health has been an increasing concern in recent years. However, the way we talk about older people, and indeed, how older people view and talk about themselves is also revealing of deeper attitudes and biases.

Join me as I talk with Assoc Prof Dr Tracey Gendron, based in the Department of Gerontology in the School of Allied Health Professions at Virginia Commonwealth University, USA.

Here is the link to the full paper we talk about in this week’s show:

Here is the abstract for some context:

Language carries and conveys meaning which feeds assumptions and judgments that can lead to the development of stereotypes and discrimination. As a result, this study closely examined the specific language that is used to communicate attitudes and perceptions of aging and older adults.

The language of ageism is rooted in both explicit actions and implicit attitudes which make it highly complex and difficult to identify. Continued examination of linguistic encoding is needed in order to recognize and rectify language-based age discrimination.

I hope you enjoyed this fortnight’s show. Its good to be back after my break. If you do enjoy this episode, and would like to support the show, you can do that in a few ways:

You can leave a review and rating on iTunes – that really helps others to find the show. 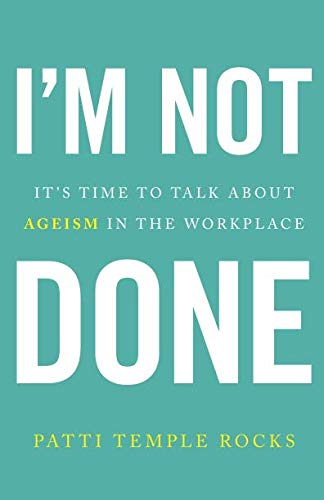 I’m Not Done: It’s Time to Talk About Ageism in the Workplace
By Patti Temple Rocks