Exiting the pandemic now is unrealistic

Transitioning into what happens next is likely to be bumpy. What comes next – some people are talking about endemicity – is undefined. Whatever comes next will look very different in different places in the world, continuing to magnify and intensify inequities that pre-existed the pandemic.

The strength of feeling reported in the media about some people want to ‘move on’ and creating a narrative that the pandemic is over is strong. It’s an example of over-correction and a move towards a type of “safe certainty” that may leave us vulnerable to further changes in how the pandemic tracks of 2022 and beyond. It essentially leads to ‘stuckness’ and encourages zero further adaptive response as the pandemic changes. More about stuckness later in these notes

Though this has been triggered now, the perverse outcome of flattening the curve through vaccines / boosters / behavioural maintenance of public health measures means it may stretch the curve out for some weeks to come. This may mean an extended period at Red and fatigue and despondency following this longer time at Red. It also potentially bolsters a view that the threat was not that serious in the first place and that the modelling was incorrect. Such is the nature of acting to prevent public health threats – when they do not materialise, people may surmise that the threat wasn’t that serious in the first place. This then lessens potential for buy-in into further interventions for resurgence of omicron, subsequent variants or other health threats to come, e.g. winter influenza.

This makes it critical to create a narrative of hope while avoiding talk of clean pandemic exit. Building a multilayered reality of safe uncertainty will be critical. Also, consider tightening tempo of switching in and out of CPF levels.

Safe uncertainty – what is it and what does it facilitate?

Safe uncertainty is about feeling comfortable, where the world is just about safe enough to continue with psychologically rich experiences, to explore more in our environments again. It is about just having enough structure and control and no more.

It’s about being able to mitigate the largest of risks while encouraging enough fluidity, spontaneity and freedom to welcome new possibilities and opportunities.

A culture of safe uncertainty is about being able to predict, plan and mitigate, but balanced with the ability to adapt and improvise, staying curious, and stretching boundaries to escape the experience of stickiness – for planners and those subject to the planning.

It requires an ability to recognise and let go of safe certainty to solve the problem of feeling stuck. But we also want to avoid the zone of unsafe uncertainty and the danger that accompanies this, both objectively, and as a feeling. (Adapted from the work of Mason, Stacey, Critchley and Vanstone)

We are now, in some senses, split between the risk-takers and the risk-averse. As we go through omicron and through to whatever comes next, we may see more schisms revolving less around vaccines and mandates, and more around lifestyles and comfort levels of living with the coronavirus, under conditions of safe uncertainty.

The irony is that both the risk averse and the avid risk-takers currently share the position of stuckness but for different reasons. The risk-averse don’t want things to change – they want to be safe and certain in their behaviours and their environment. And from the perspective of the avid risk takers, they experience a stuckness because they see the world as safe, and certainly so – with an unshakable belief that there is nothing here to worry about so we should return to all-brakes-off as soon as possible. To a large extent, they are in a position of unsafe certainty, which may have been stoked through repeated exposure to mis or dis-information.

We are creatures of habit. Even if we think ourselves to be progressive social thinkers or devil-may-care risk-takers, why do we seek to repeat the same experiences all the time? For example, we may have a favourite position we like to be in when we get on a bus or when we go to a cafe, or get on a plane. We think to ourselves that there is some kind of benefit or comfort in doing things as we have always done them. Sitting at the front of the pane and in the aisle means I’ll be able to get off reasonably quickly. Or maybe you’ll get that double seat on the bus or train to yourself. But have you experienced the somewhat ridiculous panic or surge of irritation when your routine changes, even just a little? 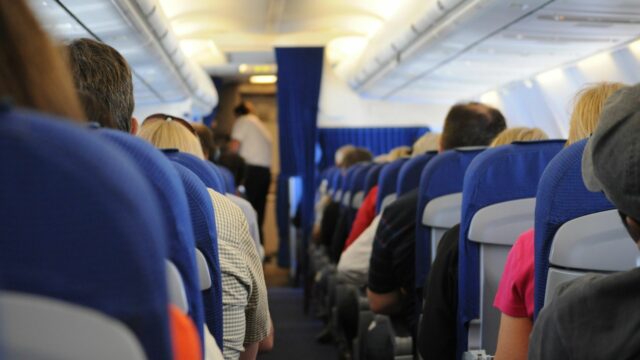 You can be sent into acute anxiety if your usual seat is taken on the bus, plane, train or cafe. It’s understandable that we want our lives to be predicable, unsurprising and without incident. There’s nothing wrong with this and it comes from a place of safe certainty – a position where I know what is going to happen and I know what to do when it happens.

In order to maintain a position of safe certainty, we need to deny the possibility of novelty or difference. We just do what we usually do so we don’t have to think or break stride in the usual habits we have developed.

Outside this predictable, controllable norm is a place of unsafe uncertainty – where you feel you do not know what is going to happen next, and don’t know what to do if it happens. It feels dangerous.

And although perhaps there is some plus side to change and something different happening, some will want to sacrifice the possibility of this for the comfort and predictability of safe certainty, even if it leads to stuckness. This is preferable to feeling like we are in danger. This has been the dominant position, and remains so – we give up possibility and opportunity in favour of certainty and predictability that keeps everything the same and perhaps rather stuck.

Now, at some points in the pandemic, this is a good thing. But perhaps there is another way forwards than the two polar opposites of unsafe uncertainty and safe uncertainty i.e. danger and stuckness.

Within negotiated parameters, people are encouraged to try new things and learn from them if they don’t work. There are guard rails, but they are just enough to mitigate against the worst outcomes. There is good-enough prediction and planning, and masterful adapting and improvising. From a strategic communications perspective, the goal of the message therefore is about a lighter tough determining how society will function within pandemic constraints – but providing good-enough guard rails for those who are risk averse, and messaging that this is how it will remain unless something comes up. When the pandemic changes, be prepared to adapt and improved fast – authorities will make it as painless as possible as we tighten and shore up the protections and increase control with this lasting no longer than is absolutely necessary.

In some ways, this place of safe uncertainty can surprisingly mark a return to something like 2019, albeit in a changed environment. Life might be different in the constraints that we may have, but the WAY we do life may look similar. People who live their life from a place of safe certainty can be adventurous, able to explore new possibilities, learn new skills, while finding novel ways to make a living, bring up kids, lead active social lives and protect themselves from harm through misadventure. We will have a new set of tools that we need to use wisely to protect from that potential harm.

Where you might be in this model at any one time is dynamic. But if people find themselves in the safe certainty quadrant, then people may need to ask themselves what they are prepared to let go of, given the level of protection they may have already adopted eg vaccinated and boosted.

What are the small experiments they could make in their lives within those guard rails that mitigate against the biggest ill-effects? How can people give themselves an experience of safe uncertainty?

Perhaps anchoring to a different data point rather than case numbers may be useful. A dashboard of three or four indicators may be helpful e.g. hospitalisations, or benchmarking to other societal hazards may be useful, as might the level of protection such as community immunity like vaccine coverage including booster doses administered and young people covered by vaccines.

If you remember back to what air travel was like before September 11, 2001, you may be forgiven for having fairly hazy memories of it. The world changed quickly, such that travelling by air was vastly different to what we had experienced expire, despite previous terror attacks that had brought down planes and killed many people. 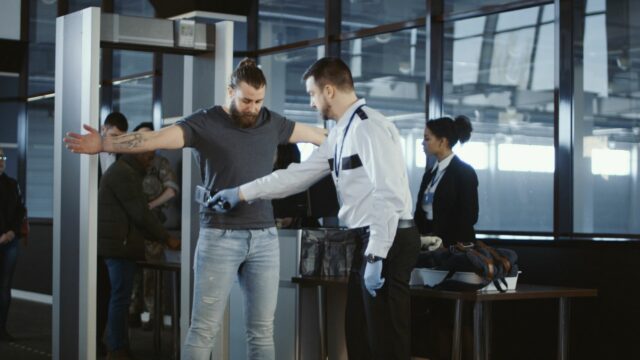 However, the transformation of security and air travel came in waves, not unlike a pandemic. In the years that followed, each newly uncovered terror scheme exposed an unforeseen vulnerability that required a new rule. First came locked cockpit doors, more armed air marshals and bans on box cutters and sharp objects. Later, suspicion fell on bottles of liquid, shoes and laptops. Flying did not return to normal, nor did it establish a new routine. Instead, everything was permanently up for revision.

This is where we are today, and the pandemic is driving this. For almost two years people have lived with shifting regimes of mask-wearing, tests, lockdowns, travel bans, vaccination certificates and other paperwork and public health measures. As outbreaks of fresh cases and variants ebb and flow, so these regimes can also be expected to come and go to match them.

This is navigating safer uncertainty. This is the price of living with a disease that has not yet settled into its endemic state – whatever this ends up meaning.

Big shifts aren’t just driven through terror attacks or pandemics. Just 15 years ago, modern smartphones did not exist. Today, more than half of the people on the planet carry one. Shifts happen fast, and we are still catching up with the impacts of these technological innovations, how they affect us, and the spread of disinformation that they have facilitated is just one dimension of their impact.

So, we may see a desire to return not just to 2019, but a simpler time entirely, however unrealistic this might be. However, it’s good to counterbalance any sense of oppression and unpredictability with some benefits that have been accrued over the past two years. We have discovered that perhaps we prefer working from home, at least part of the time. Perhaps the unparalleled rapid development of effective vaccines can be technologically focused on other pressing problems of our era.

Whatever we do, there’s a sense that, as The Economist says, the pandemic is like a doorway – once you pass through, there is no going back. Instead, we have to find a new equilibrium in this age of predicable unpredictability. And maybe that might be the frame – the pandemic is a doorway, and we need to find the new balance in these predictably unpredictable times.

Now we are out of lockdown, is continued anxiety a thing?

Now that the Vaccine Pathway is Clearer, What is the Exit Narrative?

Psychological dimensions and implications of the novel coronavirus outbreak 2019-nCoV